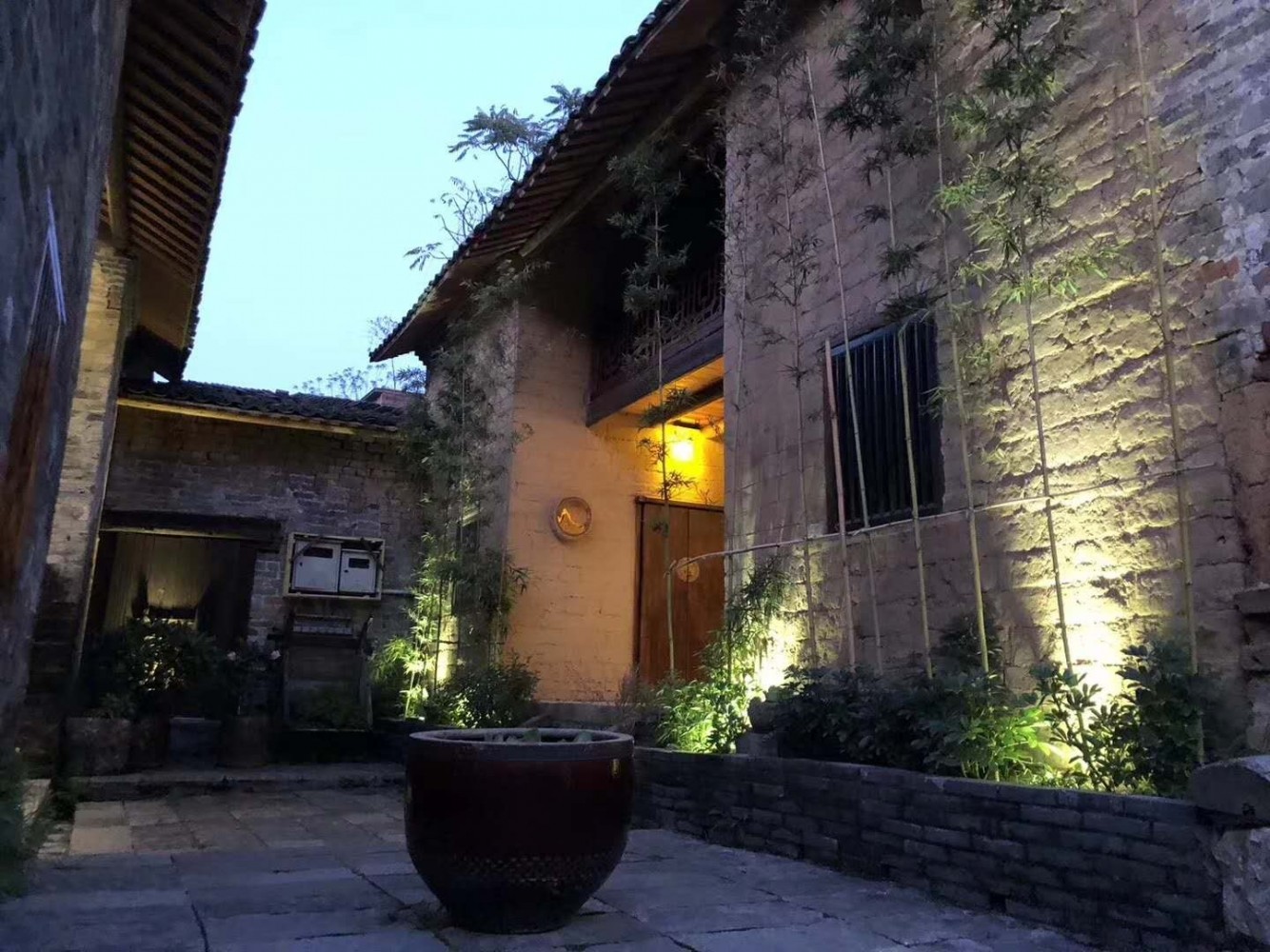 Gary visited Yangshuo for the first time in 2005 when he was escorting a tour group. He fell in love with this small town immediately. At that time it’s still quiet and peaceful without crowds of tourists as it now. He did not realize he would come back again and run a small accommodation here until he met Fiona, a lady from Guilin. Fiona and Gary got married in 2011 and Olivia came to their life the year after.

Traveling between Beijing and Guilin frequently, Gary visited Yangshuo again. It’s still as beautiful as before. He found out that many local people moved out of their old houses and build up new cement houses. These exquisite old houses were abandoned, some of them already for 10 years. Impressed by the traditional courtyard and profound history of the host, an idea of renovating these old houses and preserving the village culture came to his mind. After 2 years exploration and research, Gary found a hidden courtyard next to Yulong River. Negotiating with 6 landlords for 3 months, then Gary eventually leased the whole property.

The courtyard includes two compounds of 8 rooms at the foot of a small karst mountain, 10 minutes walking to the Yulong River. Half of the house collapsed. The renovation took a whole year to restore the original feature by local farmer builders and artisans. Gary tried to preserve the original layout and building material to reflect the village’s history. However the narrow space of original rooms challenged his idea. It turned out that 4 rooms with a loft style came into being.

Fiona, Olivia and Gary now live in this courtyard and are happy to welcome friends from afar!

The house owner was Lin, a retired middle school teacher. He could not tell the exact history of this courtyard though he was born here. It is expected that the house had been here at least 80 years.

There are 2 compounds in the courtyard, 2 rooms at each building adjacent to a garden at the foot of a karst mountain. One compound is mainly made of mud bricks and the other of traditional black bricks. There used to be 2 small kitchens at back yard, one of them completely vanished and the other was fully restored.

The back garden had been renovated to a dinning hall with roof terrace where you could have a panoramic view of this century-old village, as well as Yulong River and karst mountains.