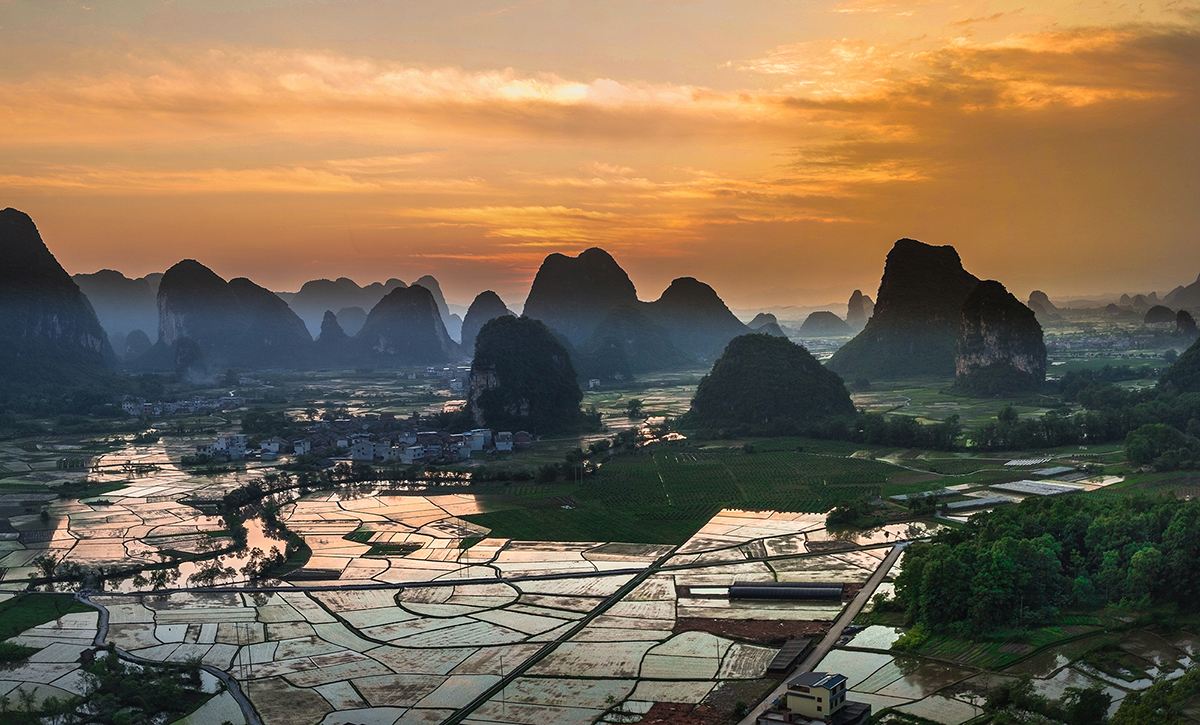 Huixian is located in Lingui District, southwest of Guilin city. Within the town itself in the middle and beautiful mountains stand tall and upright around it, Huixian area is a typical karst terrain landform. It was officially listed into the national wetland park pilot program by the National Forestry Administration in 2012 and named as “Guangxi Guilin Huixian Karst National Wetland Park”. The total planned area of the park is 586.75 hectares in Huixian, among which the wetland area is 493.59 hectares. known as “the kidney of Li River” and one of the three major wetlands in China, Huixian wetland is the largest original ecological karst wetland in the Li River basin. It has important environmental regulation functions and ecological benefits such as water conservation, water purification, flood storage, drought control, and biodiversity maintenance. It is famous for its typical karst wetland, beautiful landscape and historical villages dotted here and there. The wetland landscape and its surrounding environment are not only unique in Guangxi, but also extremely rare in China and even the world. Unlike other attraction towns around Guilin which are always full of large tourist groups, Huixian area is now only a place for local people to hang out. It is an exclusive destination for international hikers chosen by Hike Guilin, for its idyllic karst scenery and interesting ancient villages.